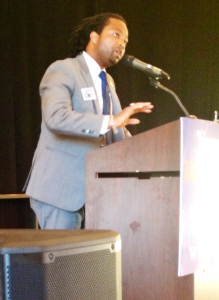 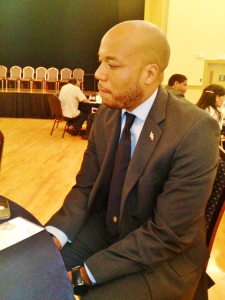 7th District hopeful Rufus faulk spoke generously on  issues that he had not anticipated being asked about. See the story below.

Last night the Rox-Vote coalition, which promotes citizen interaction in campaigns much as does the League of Women Voters, held a legislature candidate Forum at Hibernain hall. Present were candidates running in the 7th Suffolk and 5th Suffolk State Representative Districts as well as the 2nd Suffolk State Senate race. About 50 local voters attended, including a delegation from the Winthrop Street Neighborhood association, which has recently surfaced to oppose the City of Boston’s plans to create an in-district charter school at the current Dearborn School location.

Some candidates showed themselves well prepared, others not so much. Candidates spoke from the podium and then interacted with…